Let’s face it right, I never expected to be the recipient of bad news in the office of my gynaecologist. From the tender age of 21, my poor body had been subject to 10 or more laparoscopic surgeries, particularly relating to endometriosis. It somehow became the norm for my pear shape sized uterus to be put through this so called form of “minimal invasive surgery” every 18 or so months.

I think I was around 36 years old, where I began to consider my age for having children and that’s when I took myself to my gynaecologist to get some tests. After being told I would need a blood test to see where I was at hormonally, this blood test would also determine whether I had enough eggs to be able to conceive.

Whilst sitting in my gynaecologist office, getting the results to my tests, I was seriously oblivious to all my previous surgeries and the impact that could have on my fertility and then I was hit with “ You are approaching early menopause and I highly doubt you’ll be able to conceive naturally or if at all”. The shock of what the hell was I hearing, sent me into complete denial and I distinctly remember being numb to the news for the remainder of my appointment. Thankfully my mum was with me at this particular time and it was she, my boss mum that took over with all the questions.

You see by the age of 22 I was diagnosed with SLE (Systemic Lupus Erythematosus) Lupus, which is an autoimmune condition. This condition mistakenly attacks the body’s healthy tissue, affecting the skin, joints, kidneys, brain and other organs and whilst my skin, hair and joints were notably affected with the disease, all whilst fatigue kicks in, I was never told fertility in the future could become an issue..

Lupus can disproportionately affect women when they are at their most fertile, which then leaves you with the risk of reduced fertility. Women often develop Lupus conditions before they have had a chance to have children or complete their family like myself, therefore physicians should ensure optimal management includes best-practice measures to reduce these risks, from the onset of disease through to pregnancy.’

Devastated to say the least, I felt like complete shit. My husband Gary often articulated that life was about family and kids, so how the fuck was I supposed to tell him I cannot help him achieve his goal of becoming a dad?

That night with the agony of it all, I broke the news to Gary. He was as supportive as one could be and with hurt in his eyes, he said “WE WILL BE PARENTS BABE! I actually didn’t have any strength to argue it and just let his thoughts be!

The next few weeks was all about coming to terms with my fertility issues and trying to constructively figure out what I could do to become a mum, when an interview with Sonia Kruger on her morning show was aired. Sonia told the world she was pregnant with an egg donor and her Fertility Specialist , helped her achieve that goal. I was so in awe, I googled her doctor and whilst I was doing so, I called my mum.

Within 2 weeks an appointment was made and straight up after examining my test results, I was advised if I want to become a mum I surely could, but I couldn’t achieve this without an egg donor. The reality then kicked in, I was once again shattered, I had to tell my hubby and I didn’t know what to expect with his reaction this time around.

Surprisingly, my hubby was open to any option it would take to achieve our goals of becoming parents, so we made another appointment with the Specialist.  We discussed in depth everything regarding donor egg options, the laws in Australia with regard to it and it was explained how it works anonymously in other countries like Greece, to which we gravitated to. We were given great detail on the procedure and soon were referred to Dr Stefanos Syrkos in Greece.

After numerous questions, emails and telephone conversations back and forth, Dr S pretty much made us feel at ease with the procedure and we were set to go in July 2015.

Pumped with hormones, we set upon our journey to become parents and what a whirlwind experience! I at times became anxious, all whilst feeling pretty positive, hopeful and optimistic!

Upon arriving at Athens, I messaged Dr S who in turn welcomed us advising everything was on schedule! This made it all real and this was the beginning of our parenting journey.

Dr S went to great lengths in choosing our donor after having sent photos of myself and after articulating my needs and wants in a donor, he nailed it.

After consuming so many medications to get my lining and hormone levels right, we were ready for the procedure. Our donor gave us 3 perfect embryos to which we decided to use 2 at once. We felt it was best to maximise our chances, since coming to Greece wasn’t something, we could do every few months.

The procedure literally took 15 or so minutes on a full bladder and once it was done, I laid for a further half hour. Upon returning to the hotel, I was told to rest for the rest of the day/night and then the next day I could do some light walking (which is exactly what I did).

Over the next week, I wasn’t feeling any kind of symptoms, however googling made matters worse. On day 7 I decided to take a home pregnancy test against the doctor’s orders and yes, I became terribly disappointed when I didn’t see a second line. A couple hours later I went back to the test to ponder and I saw this faint 2nd line which baffled me.


These days pregnancy tests are 99% accurate, however I was still kind of confused with what to think. I called Dr S who advised me to get a blood test (to which I did the next day) and I was given the results within 3 hours.

Yasssss, I was pregnant and my HCG levels were incredibly high this early on into the pregnancy. I was advised either both embryo’s took or I could possibly have more than 2 in there. Either way, I was pregnant and that is all that mattered to me at the time. What a miracle and how blessed was I to be in this position on my very first IVF attempt? My little loves are now 3.5 years old and they are my every existence in life.

Much love all
x

Before you know it!

Thank God I Did Not Settle 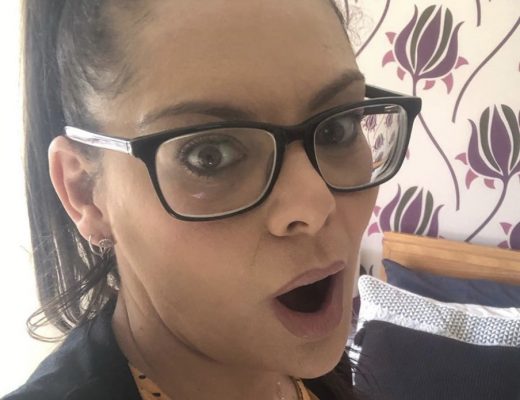 I’m a Mother and I have Anxiety

My name is Josie and I’m a married 42 year old mum of twins. My husband’s name is Gary and my twin daughters are Zara and Sienna. I created this blog to freely write and articulate my thoughts on Life, being a wife and being a mum to twins and wow, what an overwhelming experience so far. I have no doubt this blog will be an interesting read for the everyday woman, the everyday wife and the everyday mother. I hope you all enjoy and resonate. Much love, Josie x